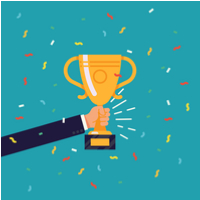 A dental team based in Oxfordshire has plenty to smile about after receiving its third national award in the last two years.
Dentists, nurses, hygienists and reception staff at Imogen Dental successfully defended their crown at this year’s Dentistry Awards, winning the Best Team award for the second year in a row.
The practice, which is based in Benson and Kingsclere, offers a wide range of dental services, and has earned a reputation for its involvement in community projects and local oral health initiatives.
Principal dentist, Dr Neel Tank, said that it was a magnificent achievement to be crowned the best dental team in the South East last year, but to build on that success and defend the title was an even greater accomplishment. The competition is fierce for this award, and the fact that the team has now won twice is testament to their dedication and commitment, as well as their clinical expertise. Dr Tank said that it had been a great year, and the award was the icing on the cake. Now, after celebrating at the ceremony in Leicester, the team is looking forward to a prosperous year ahead.

This entry was posted on Wednesday, December 19th, 2018 at 5:10 pm and is filed under Dental Awards. Both comments and pings are currently closed.