Over 75% of dentists don’t want to be working for the NHS in 5 years, survey shows 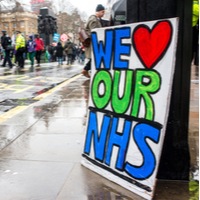 The NHS is facing a worrying future, as a new survey has revealed that 77% of dentists don’t want to be working for the service in 5 years’ time.

The most recent Dentistry Confidence Calculator from Practice Plan found that over three-quarters of NHS dentists don’t envisage themselves in the same role in 2024. The survey indicated that the majority, some 46%, plan to go private, while 24% are hoping to retire early. A further 20% are considering a change of career and 10% will take planned retirement.

Nigel Jones, sales and marketing director at Practice Plan, said that the results show widespread concern related to the difficulty in finding the right balance between working for the NHS and being able to deliver high standards of care. Many dentists are prone to stress, there have been delays over new contracts and many are sceptical about the future. The British Dental Association has already highlighted recruitment issues several times in recent years, and the latest findings from Practice Plan show that the crisis could deepen to an even greater extent than previously envisaged.

As well as revealing concerns about NHS funding and having sufficient time to spend with patients, NHS dentists are also increasingly worried about complaints. Ninety percent of those surveyed expressed unease at the threat of patients complaining about the service provided.

This entry was posted on Wednesday, November 20th, 2019 at 10:15 am and is filed under NHS Dentistry. Both comments and pings are currently closed.