Oral cancer on the increase amongst young people 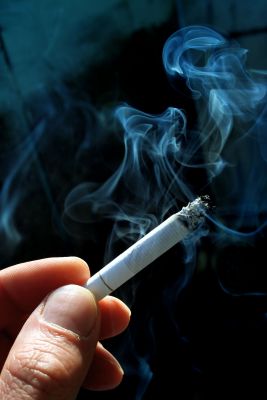 The number of cases of oral cancer amongst young people has almost doubled in recent years, it has been revealed.

Oral cancers, including throat, mouth and food pipe cancers, which are also known as upper aero-digestive tract cancers, are becoming increasingly common amongst younger people due to poor diets, smoking and regular drinking. Each year, 10,000 people die from oral cancer in the UK but figures relating to rates amongst young people have alarmed health experts and researchers from Aberdeen University decided to conduct a study to determine the cause of the increase in cases.

The research team was given a grant from the EU to carry out a five year study; over the five year period researchers followed 350 patients with upper aero-digestive tract cancer and 400 patients without the condition; all the participants were under the age of 50.

The study found that 9 cases out of 10 were caused by a diet lacking in fruit and vegetables, smoking and regular drinking; these risk factors were already known to contribute to cases of oral cancer in older people. Gary Macfarlane, Professor of epidemiology and leader of the study, said the results of the study confirmed that a healthy lifestyle was essential for good health. The number of young people being diagnosed with oral cancer is increasing and lifestyle habits are mainly to blame; making a few simple changes to diet, cutting down on drinking and giving up smoking could dramatically reduce the chances of developing oral cancer.

Experts have urged people to keep an eye out for early warning signs of oral cancer; currently, most people with the disease do not get diagnosed until the condition is in advanced stages and treatment may not be effective. If the disease is diagnosed early, treatment can be administered and survival chances are up to 90 percent higher. Symptoms of oral cancer include white or red patches in the mouth, sores which do not appear to be healing and unusual swellings in the throat or mouth.

This entry was posted on Wednesday, October 6th, 2010 at 10:58 am and is filed under General. Both comments and pings are currently closed.