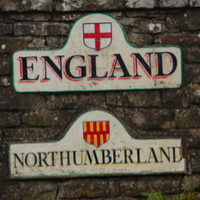 A Northumberland councillor has expressed fresh concerns over the future of dental services in Rothbury and Hadston.

Residents have been without a local dentist since October 2017 after the owner of Coquetdale Dental Practice, which served both Hadston and Rothbury, was forced to step down for personal reasons.

Councillor Scott Dickinson, member for Druridge Bay, said that he was worried about local people going without dental services, despite the fact that NHS England is in the process of looking for a new contract holder.

Initially, the plan was to relaunch the service in June 2019, but representatives for the NHS said that there had been no suitable applications received during the tendering period. Now, it is hoped that a new contract will be agreed in May with a view to services restarting in December.

While Mr Dickinson said that it was positive that the process of setting up a new contract was moving along, he admitted that he is worried for the residents of Hadston and Amble.

Hadston, he claims, has been described as “an attachment” and he is worried that a new provider will consider offering services in Amble inappropriate.

NHS England described the delay as an inconvenience, but stressed that it was crucial to find a suitable provider that would be able to fulfil the demands of the reviewed contract. Under new guidelines, a 7-year contract is on offer with double the capacity of the previous contract.

This entry was posted on Friday, February 15th, 2019 at 5:00 pm and is filed under General. Both comments and pings are currently closed.