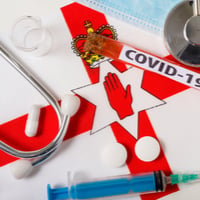 The BDA has revealed that the phased restoration of services will move into the next stage from the end of June, with patients able to access non-urgent care for the first time since the end of March.

The next stage will permit dentists to treat a wider range of patients, including those who don’t need emergency treatment, but not all services will be available. The return of AGPs (aerosol-generating procedure), for example, will not be allowed until phase 3 of the schedule. At present, this is set for the 20th July.

Despite the positive news about restoring dental services, some dentists are apprehensive about the future, largely due to financial uncertainties and a potential shortage of PPE. To provide patients with treatment, dental practice owners are required to ensure all staff have the relevant PPE, but there is a global shortage, and prices have skyrocketed in the last five months. With practices closed for several weeks and income dropping, sourcing affordable PPE is an increasingly difficult challenge.

The BDA estimates that the cost of providing PPE for staff has increased by a staggering 6,000% since January, with prices rising from £0.35 to over £20 per unit. Chair of the BDA’s Northern Ireland Dental Practice Committee, Richard Graham, said that dentists are now preparing to reopen in line with guidelines, but stressed that PPE “remains the elephant in the room.”

This entry was posted on Friday, June 19th, 2020 at 11:08 am and is filed under Coronavirus. Both comments and pings are currently closed.