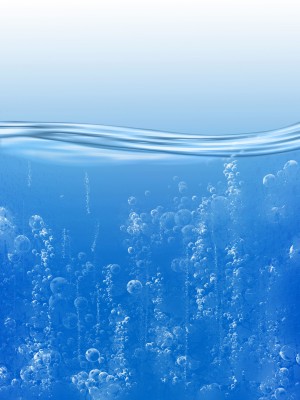 NHS North West, which is due to be abolished in the near future, assessed the cost of a fluoridation scheme between 2008 and 2009 and came to the conclusion that the scheme would be too expensive. There were also concerns about the management of the programme in the transition period, as responsibility will pass from the strategic health authority to local councils.

The assessment found that the cost would be around £200 million over a six year period, with an annual operating cost of around £6 million.

Supporters of fluoride schemes believe that the short-term investment will pay dividends in the future, as fluoride helps to reduce tooth decay, thus reducing the cost of dental care. Dental surgeon, Mark Wilkinson, from the Glen Lyon Dental Practice in Accrington described the decision as a “blow” and said that rates of decay were among the highest in the UK. Fluoride, he said, would benefit people without harming their health, as the amount of fluoride in drinking water would be very small.

Fluoridation is a controversial issue and anti-fluoride campaigners are pleased with the decision; many people believe that fluoride is harmful for health and there is also the issue of personal choice, as some people think they should have the choice of whether or not they consume fluoridated water.

Brian Jackson, from East Lancashire Friends of the Earth, is one of the campaigners praising the health authority’s decision and has been campaigning against fluoridation of 25 years and said that people can benefit from fluoride without it being added to community water supplies.

Most of Europe (16 countries) has considered and has rejected fluoridation and is 98% fluoride free. The World Health Organization reports that these countries have a better tooth decay rate than any fluoridated country.
However, even if fluoride was helpful to teeth, trying to distribute any drug in drinking water is the most expensive and wasteful way to do it.

People drink only 1/2% (one-half percent) of the water they use. The remaining 99 ½ % of the toxic fluoride chemical is dumped directly into our environment through the sewer system. I am a Civil Engineer, so I am very familiar with community water systems.

For example, for every $1000 of fluoride chemical added to water, $995 would be directly wasted down the drain in toilets, showers, dishwashers, etc., $5 would be consumed in water by the people, and less than $0.50 (fifty cents) would be consumed by children, the target group for this misguided practice. Your local water department can confirm all of this.

That would be comparable to buying one gallon of milk, using six-and-one-half drops of it, and pouring the rest of the gallon in the sink.
Can you think of a more wasteful government program? Giving away fluoride tablets free to anyone who wants them would be far cheaper and certainly more ethical, because then we would have the freedom to choose.

This entry was posted on Monday, September 19th, 2011 at 11:16 am and is filed under General, Gum disease, Oral health. Both comments and pings are currently closed.