Norfolk dental patients struggle to get a dental appointment, as NHS dentist shortage takes its toll 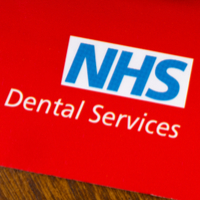 Dental patients in Norfolk are struggling to get an NHS dental appointment amid a shortage of NHS dentists.

Information that has been released prior to a meeting of Norfolk County Council’s Health Overview and Scrutiny Committee on Thursday 11th April confirmed that three surgeries have closed since November. Secretary of the Local Dental Committee, Nick Stolls, said that recruitment has become increasingly difficult in parts of the county, especially rural areas. With GP services, doctors are often offered ‘golden handshakes’, but a similar initiative doesn’t exist in dentistry, and dentists who are looking for positions tend to favour urban and town centre practices.

Mydentist closed two practices in Snettisham and East Harling in November 2018, and another clinic, owned by Dr Suresh Patel, shut in March 2019.

The closure of dental surgeries is impacting local residents, who are finding it increasingly tough to register with an NHS practice. When the mydentist clinic closed in East Harling, patient, Margaret Scott, was informed that no other local practices were accepting NHS patients. As a result, she now has to travel to a practice 20 miles away, which is highly inconvenient, as she doesn’t own a car.

This entry was posted on Wednesday, April 10th, 2019 at 9:20 am and is filed under General. Both comments and pings are currently closed.