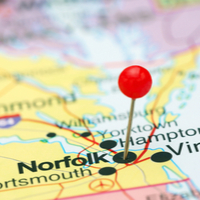 Councillors in Norfolk are demanding action after branding access issues to NHS dental care ‘a scandal.’

At a recent meeting of Norfolk County Council’s health scrutiny committee, Labour councillor, Brenda Jones suggested that is was scandalous that in 2020, people who are in pain in the county cannot access an NHS dentist. Ms Jones described dentistry as an “essential” service and said that everyone should be able to see a dentist promptly if they’re in pain or they need treatment for an injury or a disfigurement. In a report submitted to the panel, Healthwatch Norfolk revealed that there was only a handful of practices accepting new NHS patients. The papers also showed that over a third of practices had not updated information online for the last two months.

Conservative councillor, Alison Thomas, posed questions about reduced capacity, seeking answers from NHS commissioners, including David Barter, head of commissioning at NHS England and NHS Improvements East of England. Mr Barter confirmed that NHS England had not decommissioned any services and suggested that there was nothing that could be done if independent businesses choose to cease NHS provision or hand back their quota.

Nick Stolls, from Norfolk Local Dental Committee, said that dentists in the county had been under immense pressure trying to provide services for as many patients as possible under challenging circumstances. Mr Stolls described some of the criticism aimed at dentists as ‘unfair’ and added that colleagues were working incredibly hard to try and clear backlogs and ensure patients with urgent needs are seen as a priority. There are currently measures and restrictions in place to limit patient numbers, and it will take time for access to improve.

This entry was posted on Monday, September 7th, 2020 at 11:34 am and is filed under NHS Dentistry. Both comments and pings are currently closed.