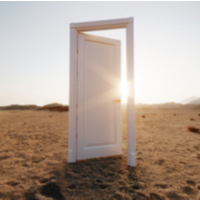 A mobile dental service, which has been launched by NHS Tayside, is providing relief for recovering and former drug addicts in the area. Many people who are taking advantage of the service have previously been homeless and have subsequently found it incredibly difficult to access dental care and to look after their teeth.

Cheryl Ferguson, 35, is one of many who have benefited from NHS Tayside’s mobile service. Cheryl, a former heroin addict, said that she got to a point during her 8-year battle with addiction where her teeth were stumps and she didn’t feel physically able to smile. At the time, her dental health was far down the list of priorities, but the appearance of her teeth affected her mental health. She had no confidence and she felt anxious about talking to people. Her teeth made her feel like people would judge and stigmatise her. Three years ago, Cheryl took a drastic step and started to try and fight her addiction after being inspired by an ex-addict who turned her back on drugs while in prison.

Having moved to Glasgow to go to rehab, Cheryl then returned to Dundee and she started volunteering at an art group. It was at this time she visited a mobile clinic run by NHS Tayside and was fitted with a set of dentures.

Having new teeth, combined with volunteering, marked a major step forward for Cheryl, and soon after, she got a permanent job. She now has full custody of her daughter, and said that being able to smile with confidence and not worry about what other people will think when they see her teeth has changed her life.

This entry was posted on Thursday, September 12th, 2019 at 10:52 am and is filed under General. Both comments and pings are currently closed.