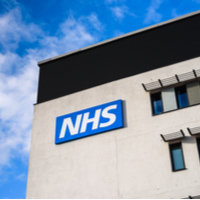 NHS England has confirmed that it will take action against a dental firm, which left thousands of patients in Portsmouth without a dentist.

Colosseum Dental Limited unexpectedly closed three dental clinics in the city, leaving around 9,000 people without access to NHS dentistry. The firm, which is based in Switzerland, breached the terms of its NHS contract, and will now face consequences, according to NHS representatives. The company had given notice that it would cease to provide NHS services in Portsmouth, but it failed to continue to provide care until the scheduled end date, which was on Wednesday 31st July.

The clinics, which are located in Portsea, Southsea and Paulsgrove, shut months ago, causing widespread anger and upset among local residents. Now, in a letter to Portsmouth Healthwatch, director of primary care and public health commissioning at NHS England, Sarah Macdonald, confirmed that breach notices had been served to Colosseum Dental. Ms Macdonald said that NHS England appreciates that the firm was experiencing staffing difficulties, but stated that the contract was breached, as the chain failed to continue providing care for local patients until the agreed deadline. The move has been welcomed by the chair of the watchdog, Roger Batterbury.

In more positive news for local patients, NHS England has recently confirmed that it has come to an agreement with Bupa Dental Care to increase places at the Northern Road Surgery in Cosham. The trust is also working with the University of Portsmouth to provide treatment for patients in the southern part of the city.

This entry was posted on Monday, August 5th, 2019 at 10:48 am and is filed under NHS Dentistry. Both comments and pings are currently closed.