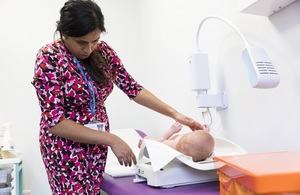 NHS workers, including dentists, are set to receive a 3% pay increase following an independent review. The rise relates to staff in England and will be backdated to April 2021.

The results of an independent review into NHS pay in England recommended a 3% pay increase for NHS staff, including nurses, paramedics, salaried GPs, consultants and dentists, as well as support staff. The government confirmed that it has accepted the recommendations of the NHS Pay Review Body (NHSPRB) and the Review Body on Doctors’ and Dentists’ Remuneration (DDRB).

The pay rise will equate to around £1,000 per year for the average nurse and £540 for porters.

The pay review bodies analyse evidence from several groups when making recommendations for NHS staff salaries, including the government, the NHS and trade unions.

The secretary of state for health and social care, Sajid Javid, said that NHS staff were “rightly receiving a pay rise this year despite the wider public sector pay pause, in recognition of their extraordinary efforts.”

This entry was posted on Friday, July 30th, 2021 at 9:54 am and is filed under NHS Dentistry. Both comments and pings are currently closed.