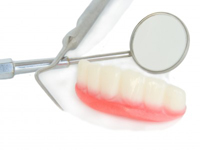 Dentists across New Zealand volunteered their services free of charge recently as part of a programme to reach out to low income patients.

57 dentists across the country offered patients on a low income free treatment between the 8th and 14th August as part of a scheme run by Southern Cross Health Trust and the New Zealand Dental Association. The scheme ran across 33 dental practices in 15 different regions of the country.

Chief executive of the New Zealand Dental Association, David Crum, said that last year, around 1,500 patients benefited from the scheme and participating dentists were hoping to beat that record this year. The aim of the scheme is to reach out to those who are “falling through the cracks” because they’re not covered by Winz or DHBs, but can’t afford to see a dentist on a regular basis.

Ziggy Bowes, a father of four, was one of the lucky beneficiaries of this year’s campaign. He made the journey from Te Horo to Wellington, but said the drive was worthwhile because he was able to get the treatment he needed. He has suffered with dental pain for a long time and ideally would love to replace his own set of decayed teeth with a set of false teeth. Sadly, money is a barrier and he can’t afford such treatment. He did however, have four teeth removed and six temporary fillings fitted by dentist David McKelvey. Mr McKelvey said that Bowes, who lost his job earlier this year, had extensive dental issues and every tooth needed filling or extracting. If he was paying for the treatment he received, he would have been presented with a bill for around $1,000.

This entry was posted on Monday, August 15th, 2016 at 3:38 pm and is filed under Free Dental Care. Both comments and pings are currently closed.