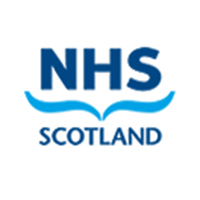 A new survey suggests that middle-aged Scots are falling through the net, as oral health initiatives are focused on children and older people.
New research showed that that average middle-aged adult in Scotland has more than 10 fillings and just 14 healthy teeth. The study, which involved more than 3,100 adults aged over 45, revealed that two-thirds of people had enough healthy natural teeth to live a normal life, but standards of oral health are generally poor. Within the 45-54 age group, the average adult had 14 healthy teeth and this figure dropped to 10 for those aged between 55 and 64.
Consultant in dental public health at NHS Greater Glasgow and Clyde, Michael McGrady, said that middle-aged people seem to be slipping through the gaps, as programmes are focused on children, and more recently, the elderly. Studies also tend to concentrate on these demographics, and until now, nobody has really looked at the oral health of those in the middle.
Mr McGrady said that the findings of the study highlight the need for good dental hygiene and regular check-ups. There have been improvements in oral health in the last 20 years, but many people could still do more to improve their chances of retaining a healthy, natural smile for longer.

This entry was posted on Friday, May 3rd, 2019 at 5:14 pm and is filed under General. Both comments and pings are currently closed.