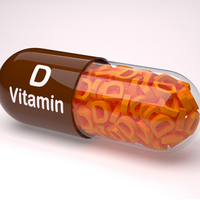 A new study has revealed that increasing the intake of vitamin D during pregnancy can benefit children’s dental health.

The team followed up by conducting examinations and tests on the children of the mothers involved in the study at the age of 6 years old. They discovered that children born to mothers who had been given increased vitamin D doses were more than 50% less likely to have dental issues, including enamel damage and discolouration.

The findings of the study have been published in JAMA Pediatrics.

This entry was posted on Wednesday, August 7th, 2019 at 4:30 pm and is filed under Children's Dentistry. Both comments and pings are currently closed.