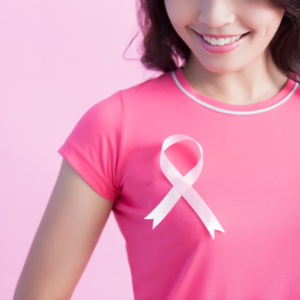 A new study suggests that women who have gum disease are up to three times more likely to develop breast cancer.

The study, which has been published in the Community Dentistry and Oral Epidemiology journal, indicates that women who have advanced gum disease are between two and three times more likely to develop breast cancer than those with good oral health. Researchers analysed data taken from more than 200 women. The participants were divided into two groups, one which contained women who had been diagnosed with breast cancer or had a history of the disease and the other, which had no history or symptoms of breast cancer. Evaluation of the data showed that women who had periodontal disease (advanced gum disease) were much more likely to suffer from breast cancer.

Researchers believe that the findings of the study back the notion that breast cancer can be developed as a result of systemic inflammation, which can originate in the mouth. They also believe that it is possible to harmful bacteria to travel from the gums to the breast tissue via the circulatory system.

CEO of the Oral Health Foundation, Dr Nigel Carter OBE, suggests that this latest study supports the belief that cancer can be associated with systemic inflammation and infections, with this study indicating that gum disease may play a role.

Dr Carter said that the findings were interesting and suggested that further investigation into the relationship between cancer and gum disease in the future would prove beneficial.

This entry was posted on Thursday, December 21st, 2017 at 9:11 am and is filed under Gum disease, Oral health. Both comments and pings are currently closed.