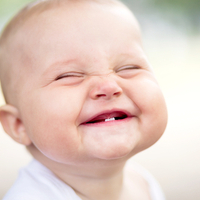 A new study has revealed that just 3% of children visit the dentist before their 1st birthday in England.
Research undertaken by teams at the University of Birmingham, the University of Edinburgh and Public Health England also suggested that only 12% of children visited the dentist by the age of 2. Researchers also found that there were significant regional variations, with rates of attendance higher in some deprived areas than more affluent local authorities. Dentists recommend regular routine appointments from the age of 12 months.
The teams’ analysis of the 2016/2017 NHS Dental Statistics for England Annual Report has been published in the Community Dental Health Journal. Surprisingly, attendance was particularly low in West Berkshire, an authority ranked one of the lowest for deprivation, while the highest rate of attendance for children aged under 1 was recorded in one of England’s most deprived areas, South Tyneside.
Lead author of the study, Candy Saloman-Ibarra, from the University of Birmingham, said that the findings were “unexpected,” as higher attendance rates tend to be associated with affluent, wealthy areas. The team investigated further, questioning whether children were seeing private dentists, but this was not the case. In light of the findings, researchers are eager to see more studies focused on the reasons behind regional variations, for example, a lack of educational initiatives.
In 2017, two major schemes were launched by NHS England and the British Society of Paediatric Dentistry in a bid to encourage parents to take their child for their first dental visit by the age of 1. NHS England’s Starting Well initiative highlighted 13 priority areas, while the BSPD’s ‘Dental Check by One’ is a more comprehensive, national programme. More practices are signing up to the scheme, and the BSPD is hopeful of increased attendance rates in the coming years.

This entry was posted on Friday, May 24th, 2019 at 10:20 am and is filed under Children's Dentistry. Both comments and pings are currently closed.