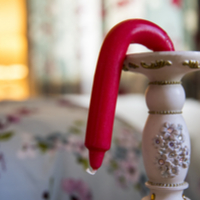 A new study has revealed that poor oral health can elevate the risk of erectile dysfunction in men.
Scientists at Jinan University, China, analysed data from five studies, which involved more than 200,000 men. They found that men who have poor oral health are nearly three times more likely to experience erectile dysfunction than men with healthy teeth and gums. The team discovered that men with gum disease are 2.85 times more likely to struggle with impotence.
Gum disease is a common, but preventable, oral disease, which occurs when harmful bacteria in the mouth, which are found in plaque, release acids that irritate the gums. The best way to protect against gum disease is to brush twice a day, floss regularly and see your dentist every 6-12 months. Mild gum disease can be treated, but more advanced cases cause irreparable damage to the bone structures that support the teeth. Eventually, the tooth will come loose in the socket, and fall out.
Researchers believe that gum disease and erectile dysfunction are linked due to the inflammatory effects of bacteria and a molecule called CRP. Harmful bacteria in the mouth can travel to other parts of the body via the circulatory system, and they are known to elevate the risk of inflammation. Gum disease is also associated with a higher risk of heart attacks and strokes. Researchers found that levels of CRP were higher than normal in men who suffered both from gum disease and erectile dysfunction.

This entry was posted on Monday, January 14th, 2019 at 9:10 am and is filed under Oral health. Both comments and pings are currently closed.