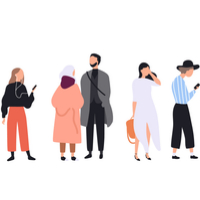 A dental practice, which is due to open its doors to patients in Sleaford later this month, has already attracted thousands of pre-registrations.

Staff at Treeline Dental Care in Southgate started to take calls in December, with over 1,000 people signing up for the new practice by the 5th December. The surgery will open 365 days a year, with appointments available between 8am and 8pm.

Dr Jimmey Palahey, director of the practice, said that there had been a huge amount of interest in the new practice in the run-up to the end of the year, and described the response to pre-registration as “tremendous.” There is obviously a demand for NHS dental services in the town, and the extended opening hours are likely to appeal to parents and people who work shifts or full-time. The clinic will open on weekends, and on bank holidays, giving patients more flexibility and greater access to both routine and emergency appointments.

Treeline Dental Care was established in Nottingham in 2007 and after opening the new Seaford branch, Jimmey and his wife, Nav, plan to open another clinic in Lincoln.

There are still places available at the Sleaford practice, but the team has urged anyone who is interested in registering to get in touch as soon as possible, as the number of places is limited. All patients who pre-register will be given a gift at their first appointment.

The clinic is due to open in mid-January and anyone who is interested in joining the register is urged to call 0300 303 4045 or visit the website www.treelinedental.co.uk.

This entry was posted on Monday, January 7th, 2019 at 10:40 am and is filed under General. Both comments and pings are currently closed.