New Research Into Likelihood of HIV Shedding in Saliva 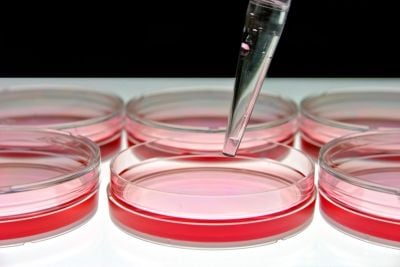 Research carried out by the Ostrow School of Dentistry at the University of Southern California has examined the relationship relating to oral and general health and the probability of HIV transmission through saliva.

A study carried out by Mahvash Navazesh and her colleagues from the Keck School of Medicine of USC and the University of Illinois at Chicago looked at hundreds of HIV-positive women whilst trying to establish the likelihood of saliva in transmitting the disease.

As part of the study the women provided blood and saliva samples every six months over a period of five and a half years. The samples were tested to ascertain the sum of HIV and CD4 immune cells located in each.

It is already well established that transmission is possible through other bodily fluids; blood, semen, vaginal and cervical secretion as well as breast milk are all proven methods of HIV transmission. Navazesh aims to prove that the possibility of HIV transmission through saliva must not be dismissed, even if the likelihood is much lower.

v“The possibility of transmission of HIV and other viruses through saliva remains feasible if oral and systemic health is compromised,” she said.v

For a HIV sufferer, dry mouth and mouth infections that result in gums bleeding are common due to the side effects of HIV medication which reduce saliva production in the mouth.

The study reiterates the significance of oral health care for patients with immunosuppressive conditions such as HIV. Saliva is not a bodily fluid that is easily controlled like blood or breast milk. Saliva is very easily transmitted from person to person and for HIV sufferers and uninfected people alike this is a concern, regardless of the likelihood.

Navazesh hopes to highlight the need for good, attentive dental care for HIV patients to keep the likelihood of transmission through saliva at the lowest it can possibly be whilst drawing attention to the fact that it is indeed a possibility; something of which people are less likely to be aware.

The study is thought to be the first comprehensive investigation of both systemic and oral health parameters in HIV-infected women. The study is in the October 2010 issue of the Journal of Dental Research.

This entry was posted on Wednesday, October 13th, 2010 at 12:50 pm and is filed under General. Both comments and pings are currently closed.