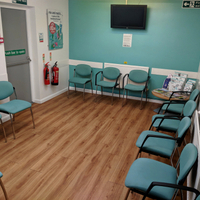 A new report has warned of ‘dental deserts’ in England, as NHS dentist numbers have fallen to the lowest in a decade.

Figures obtained by the Association of Dental Groups (ADG) under the Freedom of Information Act revealed that the number of dentists offering NHS care has fallen from 23,733 in 2020 to 21,544 in January 2022.

Based on caseload estimates of 2,000 patients per dentist, the decrease in NHS dentists means that around 4 million people in England could be without access to NHS dentistry. The number of dentists working for the NHS has fallen to the lowest in ten years, according to the ADG.

In some parts of the country, patients have been advised to join waiting lists of up to three years or pay to go private. Many dentists have decided to leave the NHS in favour of private dentistry, largely due to the existing NHS contract, which has been described as “broken” by the British Dental Association (BDA).
The figures show that dentist numbers are lowest in North Lincolnshire and the East Riding of England. In these areas, which were described by the ADG as ‘dental deserts,’ there are now between 30 and 40 dentists per 100,000 people.

Representatives from the ADG said that NHS dentistry is “rotten” and warned that the situation will get worse due to the lack of availability of routine services during the pandemic and more dentists leaving the NHS in the coming months.

A government spokesperson said that the government was committed to ‘levelling up’ and improving dental provision across the country. NHS dental services received a £50 million funding boost to provide 350,000 extra appointments and work is underway to enhance the NHS dental contract.

This entry was posted on Wednesday, May 4th, 2022 at 8:17 am and is filed under NHS Dentistry. Both comments and pings are currently closed.