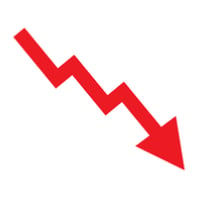 A new report suggests that 86% of dentists could leave the NHS within the next five years.

Practice Plan’s 2018 NHS Confidence Monitor report revealed that there is widespread discontent among NHS dental professionals, with many saying that the current contract has negative implications for both dentists and patients. The report compiled data based on surveys taken by 495 dentists.

Of those who participated in the 2018 survey, nearly a quarter expressed a desire to change careers and 28% had plans to retire in the next five years. Almost half of dentists polled plan to switch to private dentistry.

Dentist, Tony Kilcoyne, said that the current NHS dental system isn’t “fit for purpose” and this is contributing to dentists wanting to change profession, go private or take early retirement. Mr Kilcoyne described the situation as “a tragic waste of talent,” which would have dire consequences for patients and for society as a whole. In light of the survey findings, he called for urgent action to be taken by ministers to improve NHS services, protect patients and address issues faced by dental professionals on a daily basis.

The findings of the study are all the more alarming given that reports from Laingbuisson suggest that recruitment in dentistry has fallen by 20% in the last 2 years. The British Dental Association has also criticised the government for increasing NHS dental charges at the same time as reducing per capita spend.

This entry was posted on Wednesday, March 27th, 2019 at 12:00 pm and is filed under General. Both comments and pings are currently closed.