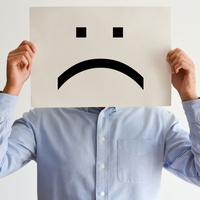 A new poll has suggested that more than 50% of employees believe their smile has a negative impact on their self-confidence.

Research conducted by Unum Dental revealed that 58% of workers in the UK think that the appearance of their smile affects their self-esteem. Women were particularly conscious about the look of their teeth, with 67% admitting that they felt less confident in public as a result of their smile. Younger people belonging to generation Z were most concerned about the aesthetics of their teeth.

The survey also showed that almost a third of employees would be willing to pay towards dental cover if their employer had benefits in place, and 38% said they would be more likely to go to the dentist if they had insurance through their job.

The recent findings support those published by the Oral Health Foundation earlier this year. The charity found that 87% of under 35’s are self-conscious about their smiles, while just under 30% feel apprehensive about posing for photographs.

Andrew Bower, managing director at Unum Dental, said that the research highlights the impact of oral aesthetics and also the role dental insurance can play in promoting good oral health habits. By providing cover as part of an employee benefits package, employers can benefit from more confident and productive staff members and lower the risk of employees taking time off sick for dental issues.

This entry was posted on Tuesday, August 20th, 2019 at 10:33 am and is filed under General. Both comments and pings are currently closed.