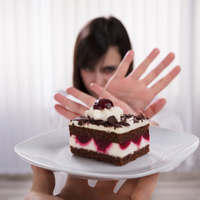 A new poll carried out by the Oral Health Foundation suggests that British adults would support a ‘pudding tax.’

A recent survey revealed that 54% of Brits would back a pudding tax, which would increase the price of desserts and other sweet foods, including biscuits and confectionary. Support was particularly strong amongst young people, with 84% of under-35s admitting that they would be in favour of the levy.

Research suggests that dental problems, in addition to obesity and type 2 diabetes, are on the rise, and the Oral Health Foundation is calling for the government to take swift action to encourage healthier eating habits. A tax on sugary drinks has already been introduced, and the charity is now urging ministers to consider a pudding levy, which would apply to cakes, chocolate bars and shop-bought desserts.

The sugar tax, which was introduced in 2018 and applied to soft drinks that contained more than 8g of sugar per 100ml, has been hailed a success by Dr Nigel Carter OBE, chief executive of the foundation. Although revenues have been significantly lower than anticipated, many manufacturers have made a move to reduce the sugar content of their products dramatically to avoid paying tax. This means that people who buy those products are now consuming less sugar.

Research shows that children take in around 10% of their sugar intake from fizzy drinks, but more than 20% comes from puddings, sweets, and ice cream. A tax on these items would hopefully encourage manufacturers to review and adjust recipes and promote healthier choices among parents and older children.

Dr Carter said that the sugar tax, which is already in place for sugary drinks, has set a precedent, which would reduce rates of decay, improve general health, and save the NHS billions of pounds in the future.

This entry was posted on Tuesday, September 3rd, 2019 at 9:45 am and is filed under General. Both comments and pings are currently closed.