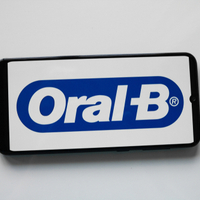 A new survey conducted by Oral B has revealed that the majority of Brits put off seeking help for health and dental issues.

The poll, which was carried to mark the release of Oral B’s new toothpaste, Gumline Purify, found that it takes the average adult up to nine days to make an appointment for symptoms that are troubling them. The survey, which involved 2,000 people, also found that around 60% of participants were struggling with issues such as headaches and dental pain at the time. Almost 20% of respondents admitted that they had painful or bleeding gums, but hadn’t seen a dentist. On average, adults surveyed had two issues that they had not sought help for at the time of answering questions.

Northern Europe marketing manager for Oral B, Adam Parker, said that the survey highlights a widespread reluctance to seek advice from health professionals, with many people hoping that their problems will subside without intervention. Most people said that they waited 2-10 days to get issues like sickness, headaches and earaches assessed, but some participants admitted that they had waiting longer than a year to seek help for bleeding gums.

Gum disease is the most common cause of premature tooth loss in UK adults. If symptoms are left untreated, the disease can cause irreparable damage to the bone structure that supports the teeth, eventually resulting in them coming loose.

The most common reasons people gave for delaying making appointments with doctors and dentists included a lack of time, cost and being fearful of the outcome.

This entry was posted on Friday, November 15th, 2019 at 12:29 pm and is filed under General. Both comments and pings are currently closed.