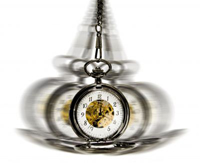 New NHS dental services will cut waiting times on Orkney, according to NHS Orkney; a host of new initiatives have been announced to clear waiting lists and bosses are hoping to make rapid progress, with new practices set to open in the next couple of months.

NHS Orkney has confirmed that two new NHS practices will open in Kirkwall, with a total of six new surgeries set top open before March. Two of the new surgeries, which will open in Victoria Street, will be run by Scott and Amy Tulloch and four surgeries will be managed by Dr John Barry; the new surgeries will open in Earl’s Palace Dental Centre and the new practice in Victoria Street will be known as Orkney Dental. The Station Centre will be used for Dr Barry to treat private patients, as all NHS services will move to Earl’s Palace Dental Centre.

Both new practices will offer a range of NHS dental treatments and will replace those currently provided by salaried NHS dentists.

Patients who are currently registered with the Station Centre are being contacted to inform them of the changes and the opening of the new NHS practice.

NHS Orkney has confirmed that dentists are hoping to have the new services in place before the end of March.

The new practices should enable dentists to treat more patients and reduce waiting times; it is hoped that patients will also have better access to NHS dental services and travelling times will be shorter.

This entry was posted on Wednesday, January 15th, 2014 at 10:57 am and is filed under General. Both comments and pings are currently closed.