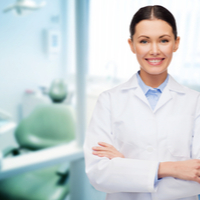 A new NHS dental practice has opened in Billingham, Stockton-on-Tees. The move comes after Queensway Dental announced that it would no longer be providing NHS dental treatment in 2018.

After 21 months of campaigning to increase the number of NHS dental places in the North East town, patients, local councillors and residents are delighted to now have access to one of two new practices, with the other set to open in the near future.

The decision to stop providing NHS dental care, which was taken by Queensway Dental last year, put around 12,000 patients at risk of being unable to find a dentist. Local residents who were worried about having to travel to see an NHS dentist joined forces with councillors and worked with local MPs and health commissioners to try and find a solution. Now, some 21 months later, Burgess and Hyder has officially opened, and another new practice will open in the area soon. The East Avenue clinic is accepting new patients, and anyone keen to register is advised to contact the practice directly.

MP for Stockton North, Alex Cunningham, has worked tirelessly to ensure that Billingham residents had access to NHS care after the unexpected cessation of NHS provision at Queensway Dental, and he is delighted to see two new practices in the town. The contracts have been made possible by additional NHS England investment worth £1 million.

This entry was posted on Wednesday, October 16th, 2019 at 4:30 pm and is filed under 'Invisible' braces. Both comments and pings are currently closed.