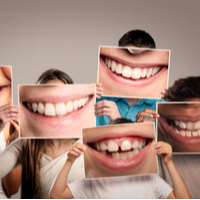 New figures have underlined the gap in oral health standards between England and Northern Ireland.

Statistics from the Health and Social Care Board revealed that three times as many children in Northern Ireland are having teeth removed than in England. The latest figures show that more than 82,000 baby teeth were surgically removed from children in Northern Ireland between 2014/2015 and 2017/2018. In addition, 10,046 adult teeth were extracted from older children.

The figures were released by the British Dental Association, which has called for urgent policy reviews to take place. The BDA is urging the government to take swift action and produce a new oral health strategy to bring rates of decay down and prevent thousands more children needing hospital treatment in the coming years. Northern Ireland is currently marooned at the bottom of the UK table in terms of oral health standards and is lagging behind England, Wales and Scotland.

In England, the latest research suggests that around a quarter of children start school with signs of decay, but the figure is 40% in Northern Ireland. Three times the number of children have also had operations to have teeth removed.

The BDA stressed that more needs to be done to protect children and improve oral health, especially as Northern Ireland has been allocated additional funding, which has not been invested in children’s initiatives. The region received £12.3 million from the sugar tax, but the BDA claims that none of the funding has been committed to programmes for youngsters.

Chair of the BDA Council in Northern Ireland, Caroline Lappin, said that children across the nation are being affected by an almost entirely preventable disease and suggested that urgent action should be taken to stem the “sugar epidemic” that is “fuelling ill health.”

This entry was posted on Friday, October 18th, 2019 at 9:50 am and is filed under 'Invisible' braces. Both comments and pings are currently closed.