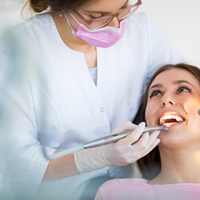 A new dental practice is set to open in Northwich’s Baron’s Quay development.

The practice, which will be part of a UK-wide network of orthodontist and dental clinics owned by Portman Healthcare, will be located between the Cheshire town’s new Sports Direct and Card Factory stores.

Work will now begin on the new premises after a change of use planning application was approved by Cheshire West and Chester Council. Plans for the unit, which was initially designed for retail purposes, have now been given the green light, paving the way for a new kind of business within the Barons Quay development. The facility, which has transformed the town centre, also houses well-known chain stores, including H&M and The Entertainer, as well as restaurants, bars and a cinema. Children’s play facilities, a swimming school and a new River Island store are due to open in the coming weeks.

A planning officer for Cheshire West and Chester Council said that the addition of a dental surgery would increase footfall in the centre and make use of a unit, which has been vacant since the site opened in 2016. A dental clinic is a valuable commodity for local residents, and the new clinic will enable patients to attend appointments while running errands or enjoying social activities in the centre of Northwich.

Initially, uptake for units at the multi-million-pound Baron’s Quay development was slow, but in recent months, several vacant premises have been snapped up, and it’s an exciting time for local residents.

This entry was posted on Thursday, October 17th, 2019 at 11:42 am and is filed under 'Invisible' braces. Both comments and pings are currently closed.