New dental practice set to open in Marham in April 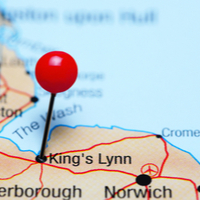 A new dental practice is set to open in Marham, near King’s Lynn.

Marham Dental Practice, which is run by DentistryForYou, will open in April, providing NHS services for local people and the RAF community.

News of the opening will undoubtedly be welcomed by local residents, as the area is one of the worst-affected in terms of NHS access problems. Some patients living near to the new surgery are currently facing a trip to Lincolnshire or Suffolk to see an NHS dentist.

The Ash Road clinic will be kitted out with state of the art equipment, and the team at DentistryForYou is working closely with local and national bodies and organisations to provide targeted services for the residents of Marham. The chain has teamed up with NHS England, RAF Marham, the Norfolk Armed Forces Covenant, Healthwatch Norfolk and the Defence Infrastructure Organisation to ensure the best possible service for patients.

Dr Esmail Harunani, principal director at DentistryForYou, said that the new contract had come about after NHS England identified significant shortages of NHS places in the area. The new agreement with NHS England allows the practice to cater for the needs of Marham residents, as well as patients living slightly further afield. Dr Harunani has been working with the NHS for over 30 years, and is a “strong believer” in the organisation.

In addition to offering NHS services, the clinic will also provide private care, including access to cosmetic dentistry, and same-day emergency treatment.

The practice is currently undergoing refurbishment, and will boast three surgeries when work is complete. Patients can take advantage of extended opening hours, with appointments available from 8am to 6pm on Wednesdays, evening slots on offer on Tuesdays and Thursdays and Saturday surgeries from 9am-1pm.

This entry was posted on Wednesday, February 19th, 2020 at 12:39 pm and is filed under New Dental Clinic. Both comments and pings are currently closed.