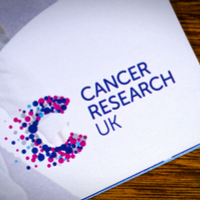 Mydentist’s network of surgeries has raised a quarter of a million pounds for Cancer Research UK.

The chain, which is one of the largest in the UK, has been working on fundraising efforts since establishing a relationship with the charity in 2016. Since then, mydentist staff members all over the UK have been taking part in activities and hosting events to raise money.

Over the past two years or so, teams have participated in high-profile events, such as Walk All Over Cancer, Stand up to Cancer and World Cancer Day. In total, the network of clinics has raised over £250,000, which will help to fund potentially life-saving research programmes.

Clinical director, Nyree White, said that everyone at mydentist is “thrilled” to reach such a major milestone and to support such a worthy cause. Cancer Research UK has a place in the hearts of many mydentist employees and patients, and it’s been incredible to work together to raise money and awareness of the amazing work the charity undertakes.

As well as working to generate funds for Cancer Research UK, the charity and mydentist

have also teamed up to try and raise awareness of mouth cancer, a form of cancer that has become much more prevalent in the UK in the last decade.

Trudy Stammer, head of volunteer fundraising, said that Cancer Research UK said that she was “extremely grateful for all the time and effort invested by mydentist staff and customers.” All the funds raised will be invested in finding ways to beat over 200 different forms of cancer.

This entry was posted on Wednesday, February 27th, 2019 at 5:00 pm and is filed under Charity, General. Both comments and pings are currently closed.