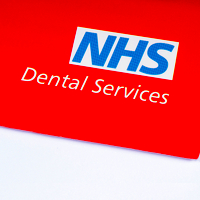 Statistics from the Scotland Information Services Division have revealed that more than a fifth of adults in Orkney are not registered with an NHS dentist.

Registration rates in Orkney are the second lowest of all Scottish health boards, but representatives from the local trust have insisted that they are taking action to make more NHS places available. One of the most significant steps is the addition of NHS dental services at one of the island’s private practices. In the coming weeks, a private dentist based on the island is due to start treating NHS patients. Increasing capacity will decrease waiting times, and enable more local residents to see a dentist in Orkney.

Figures that were recorded in the run-up to January 2019 suggest that 78.7% of adults in Orkney are registered with an NHS dentist. This proportion is significantly lower than the Scottish average of 87.9%, but it does show a marked improvement in provision in the last decade. Just 10 years ago, less than 50% of Orkney adults had an NHS dentist. Orkney came second only to the Western Isles in the list of lowest registration rates.

This entry was posted on Thursday, May 30th, 2019 at 5:00 pm and is filed under General. Both comments and pings are currently closed.