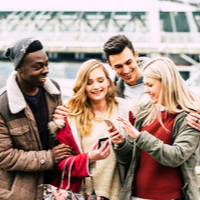 Millennials are spending three times as much as the average UK adult on dental care, a survey has revealed.

Chief executive of the Oral Health Foundation, Dr Nigel Carter OBE, suggested that increased spending on cosmetic dentistry indicates that younger people view their smile as an important characteristic of beauty, as well as being concerned about dental health. As young people are less likely to develop oral health issues than their senior counterparts, the likelihood is that the majority of their funds are spent on cosmetic services, rather than check-ups or fillings and extractions.

Looking after the smile is important for dental health reasons, Dr Carter explained, but it is clear that aesthetic treatments are playing an increasingly influential role in helping people to feel more confident when they smile.

This entry was posted on Thursday, June 11th, 2020 at 4:45 pm and is filed under General. Both comments and pings are currently closed.