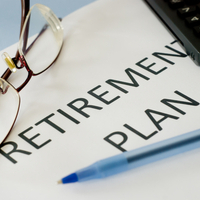 A dental practice in Lowestoft is set to close, as dentists who have served hundreds of patients prepare to retire.

The D.W Ferns and A.P Yaxley surgery, which is located on Kirkley Cliff, will close on 30th April. The two founding dentists, David Ferns and Andrew Yaxley, are retiring having spent a combined total of 76 years treating patients in the area. The NHS practice was established in 1948, and Mr Ferns and Mr Yaxley have been in charge for almost 40 years. Mr Yaxley joined 39 years ago, with Mr Ferns moving to the practice 37 years ago.

With both dentists retiring, the plan was to try and find a buyer for the practice, but sadly, the duo has been unsuccessful. After three years of searching for a successor, the difficult decision was taken to close the practice. In a letter sent out to patients, the closing date was confirmed as 30th April and the dentists stated that all efforts will be made to complete ongoing courses of treatment.

The dental duo cares for around 6,000 patients, and having been in position for such a long time, many patients have become friends over the years. Mr Yaxley said that he would miss the staff and patients enormously and he was keen to keep in touch. Among the team members leaving the practice is dental nurse, Debbie Armes, who has been at the surgery for 33 years and described the closure as the “end of an era.”

This entry was posted on Monday, March 23rd, 2020 at 4:53 pm and is filed under Clinic Closure. Both comments and pings are currently closed.