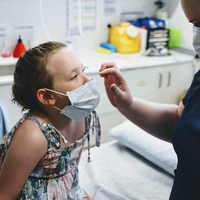 A mother from Liverpool has complained after being charged £40 for PPE. Alison Metcalfe paid a bill for £3,600 for her daughter Molly’s orthodontic treatment in March and was shocked when extra charges of £40 from Bupa Dental were added to the cost of Molly’s braces.

Alison claims that there was no mention of extra PPE charges when she paid the bill in full in March and accused Bupa of adding the fee for each visit Molly made to her dentist. Molly undertook treatment at Bupa Dental on Hayman’s Green in West Derby. Alison suggested that she was asked to pay £7 when Molly went in to have impressions made, and then she received a call during the next appointment, when Molly was asked to pay another £40. The next time Molly visited, she went to the hygienist and was asked again to pay another £40 to cover PPE and the cost of cleaning.

Alison questioned the need for such expensive charges, but when she contacted the practice to ask if the remaining appointments could be postponed to ensure she didn’t have to pay PPE fees, she was informed that Molly’s braces would be taken off if she didn’t attend the next dental hygiene appointment.

This entry was posted on Friday, August 7th, 2020 at 5:11 pm and is filed under Coronavirus. Both comments and pings are currently closed.