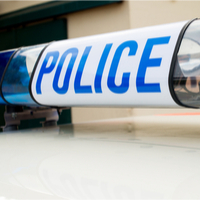 Police officers in Lerwick, Shetland, have appealed for information after a dental surgery was targeted by ‘mindless’ vandals.

The force is asking people who saw anyone hanging around Montfield Dental Unit to get in touch, after the windows of the clinic were broken. Police believe that vandals threw stones at the windows at some point between the evening of Friday 22nd March and Saturday 23rd March. A parked car in the Motfield area was also targeted in the same way. It is thought that a stone was thrown directly at the vehicle, causing ‘significant damage.’

The action has been described as “mindless” vandalism by police. Although nobody was injured in the incident, the window will need replacing at a cost to the clinic owner, and there could have been a risk of further damage and harm to patients or staff if people had been inside the surgery at the time. Dental practices serve a very important purpose, and it’s essential that staff and patients feel safe. Practice owners do not want to fear for their safety or put up with unexpected and unnecessary costs.

Anyone who has any information that may be useful to the police is advised to contact 101, to call Crimestoppers anonymously on 0800 555 111 or to visit the police station in Lerwick.

This entry was posted on Tuesday, March 26th, 2019 at 5:00 pm and is filed under General. Both comments and pings are currently closed.