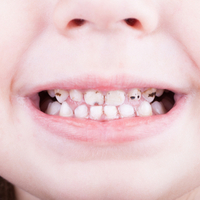 Over the past five years, individuals and organisations have been working hard to promote better oral health for children in the city following the introduction of the Healthy Teeth, Healthy Smiles initiative. Now, the council wants to recognise those that have gone the extra mile to support the scheme and make a positive difference to standards of oral health among children in Leicester. The awards are designed to celebrate nursery workers, teachers, dental professionals, nurses, volunteers and children’s centre staff.

Since the Healthy Teeth, Healthy Smile programme was launched in 2014, the percentage of 5-year-olds with no signs of dental decay has risen by over 10 percent. The council strongly believes that early years teachers and mentors and local dental teams are to thank for this upward turn in standards of oral health among the city’s children, and council members want to thank those responsible for highlighting the importance of healthy smiles and implementing measures to boost oral health.

Ivan Browne, director of public health at Leicester City Council, said that bringing down rates of decay among children is a priority for the council and the statistics would not be as promising without the help of the council’s partners.

This entry was posted on Tuesday, April 9th, 2019 at 10:14 am and is filed under Dental Awards. Both comments and pings are currently closed.