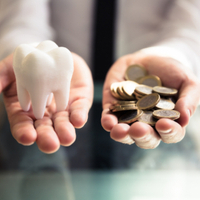 Labour has vowed to provide free dental check-ups for all if voters back the party in the upcoming December election.

Jeremy Corbyn, the party leader, has revealed plans to scrap band 1 dental charges, which are currently set at £22.70 in England. Band 1 treatments and procedures include routine check-ups, X-rays and a scale and polish. The party believes that the cost of dental treatment is putting people off going to the dentist regularly, resulting in more patients attending A & E departments requiring urgent attention.

Jonathan Ashworth, shadow health secretary, said that the current charges in England are a “barrier” to NHS services for many patients, and a shift towards free dental treatment would focus on prevention, rather than cure.

Leader Jeremy Corbyn outlined the move as the first step towards a totally free NHS dental service. Speaking on the BBC’s Andrew Marr show, Mr Corbyn suggested that investing in dental care would save money in the long-run. The estimated cost of the policy is £450 million per year.

The news has been welcomed by dental organisations, but concerns have been raised about the shortage of dental professionals, which is contributing to widespread access issues. In many parts of the country, there simply aren’t enough dentists to cope with demand, and this is leading to waiting lists and patients being forced to visit different towns or pay for private care.

The policy outlined by Labour applies to England. In Scotland and Wales, health is devolved. Currently, charges, which are significantly lower than those in England, apply in Wales and Northern Ireland, while check-ups are free in Scotland.

This entry was posted on Tuesday, November 19th, 2019 at 1:41 pm and is filed under General. Both comments and pings are currently closed.