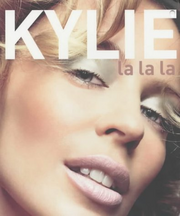 Popstar and pin-up Kylie Minogue has admitted to having Botox injections to keep up her youthful appearance.

Speaking to Elle magazine, she said: “I’m definitely not one of those people who says ‘You shouldn’t do this.’ Everyone individually can do what they want. I’m preferring to be a lot more natural these days. I’ve tried Botox. I’ve tried all kinds of things.”

The singer turned 40 earlier this year.

But for Stevie Nicks, Edge of Seventeen singer, Botox makes everyone looks the same. Speaking to Women’s Wear Daily this month, she said: “Botox is becoming the new face of beauty and it’s unfortunate because it makes everyone look like Satan’s children. Everybody has pointed eyebrows. Everybody looks related. You’d have to tie me down to get me to do it again.

This entry was posted on Monday, April 6th, 2009 at 1:42 am and is filed under Botox and facial rejuvenation. Both comments and pings are currently closed.