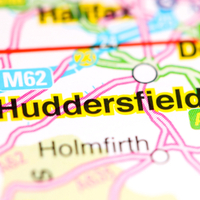 The owners of a dental practice in Huddersfield have criticised council plans to create a new pedestrianised zone in the town centre, as it will prevent employees and patients from being able to drive into the car park.

Courtyard Dental Practice on King Street will effectively lose access to its private car park if plans to pedestrianise the area are given the go-ahead. The car park is accessed via Queen Street. The proposals put forward by Kirklees Council relate to two streets in the centre of Huddersfield, including part of Queen Street and Cross Church Street.

The dental practice is not the first local business to complain about the plans, and there have also been objections from local residents. Huddersfield Taxis was one of the first businesses to object, and it is understood that the firm is seeking legal advice to challenge the plans. All 25 of the businesses located on Cross Church Street have also signed an open letter to Kirklees Council. The owners of the Packhorse Centre, New River REIT UK Ltd and Mail Boxes Etc have also criticised the plans.

Despite the objections, a council document suggests that senior councillors have instructed the committee responsible for reviewing the proposals to signal the green light and overrule the four official objections. This move will pave the way for the plans to be approved and the pedestrian zone to be created. The Cabinet Committee- Local Issues will host a virtual meeting on the 18th August to make a decision on the issue

This entry was posted on Wednesday, August 19th, 2020 at 2:18 pm and is filed under General. Both comments and pings are currently closed.