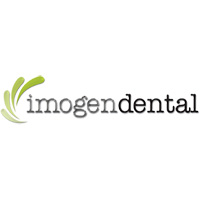 A dental team from Kingsclere is all smiles after celebrating winning a prestigious award.

The team from Imogen Dental, which is located on North Street, was crowned the winner of the Dental Practice of the Year (North/Central England) award at the National Dental Awards. This is the third consecutive year the practice has scooped gongs at the annual ceremony.

At the awards dinner, which took place in Birmingham, owner and principal dentist, Dr Neel Tank, said that the team has worked tirelessly to build on the success of previous years, and added that it was a great honour to receive the award, especially as competition in the region is fierce. Imogen Dental, which was previously judged in the South and South East categories, beat hundreds of contenders from the North and Central England to take the prestigious prize home.

Dr Tank stated that the victory was a testament to the team’s hard work and dedication to providing customers in Kingsclere with the best possible standards of care and customer service.

Previously, the practice has won the Team of the Year award.

This entry was posted on Tuesday, July 2nd, 2019 at 4:35 pm and is filed under Dental Awards. Both comments and pings are currently closed.