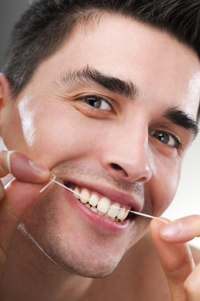 Members of staff at an Islington dental practice are enjoying a slice of stardom after the practice featured on Peter Andre’s latest ITV2 show.

The team at the Smile A Moment Studio on Finsbury Road was delighted to welcome the pop star turned presenter as he was filming for his new show Peter Andre’s Bad Boyfriend Club. The production team popped into the surgery to practice for an episode, which aired last month.

Principal dentist, Dr Sarah Kasasa featured on last Wednesday’s show as an expert; she said that the whole experience was great fun and described Peter as warm and friendly and added that he was happy to spend time chatting to the dentists and nurses.

Dr Kasasa said that she hoped that the practice’s TV appearance would enhance its profile and encourage even more celebrity clients to join the books; she is also hoping that there will be more television appearances in the future.

Peter Andre’s Bad Boyfriend Club is designed to expose bad boyfriends and improve their behaviour with the help of a team of experts.

This entry was posted on Monday, September 24th, 2012 at 10:58 am and is filed under celebrity dentistry, General. Both comments and pings are currently closed.