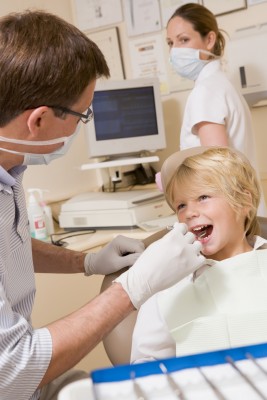 Members of the Irish Dental Association have raised concerns over the future of children’s dental healthcare after public health dentists were asked to prioritise older children.

According to an internal document from the Health Service Executive (which was seen by the Irish Times) the move, which will prioritise dental care for older children, will almost certainly have significant consequences for children’s dental services all over Ireland.

Under new measures, priority for dental screening would be given to children aged between 11 and 14 years old and dentists are worried that this will result in younger children missing out.

The move has been described as a “stealth cut” by the Irish Dental Association and many dentists are worried about the implications of the framework, which are likely to impact thousands of younger children.

Chief executive of the Irish Dental Association, Fintan Hourihan, said this is a very worrying time for dentists, especially as they are being asked to go against their principles and prioritise some children over others. The new measures are likely to have an adverse effect on young children, which may increase the risk of dental problems later in life. Mr Hourihan accused the Health Service Executive of abandoning young children and said that the new framework “represents a fundamental change in the philosophy of dental service.”

This entry was posted on Monday, December 1st, 2014 at 12:24 pm and is filed under General. Both comments and pings are currently closed.