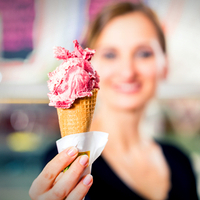 The owners of an Inverness dental surgery have confirmed plans to relocate to a vacant city centre unit, which was previously used as an ice cream parlour.

Scottish Dental Care has revealed that its Inverness clinic will move from Bridge Street to new premises on Castle Street. The practice will relocate to the unit formerly occupied by CoolNess. The previous site in Bridge Street has been purchased by the Highland Council as part of a local redevelopment project.

A spokesperson for the company confirmed plans to open at a new site in Castle Street, adding that the new position would be more convenient for patients. The premises are larger, and the additional space will enable the practice to offer more dental places.

Clinical director of Scottish Dental Care, Philip Friel, said that the company was eager to “establish a lasting presence in the city centre of Inverness” and the new location will serve to further support the ambition to provide first-class care to patients in Inverness and the surrounding area.

The move to Castle Street has already been approved, and there are rumours circulating that other units in the area will soon be occupied too, which will benefit existing local businesses and bring more footfall to the street.

This entry was posted on Friday, May 31st, 2019 at 8:58 am and is filed under General. Both comments and pings are currently closed.