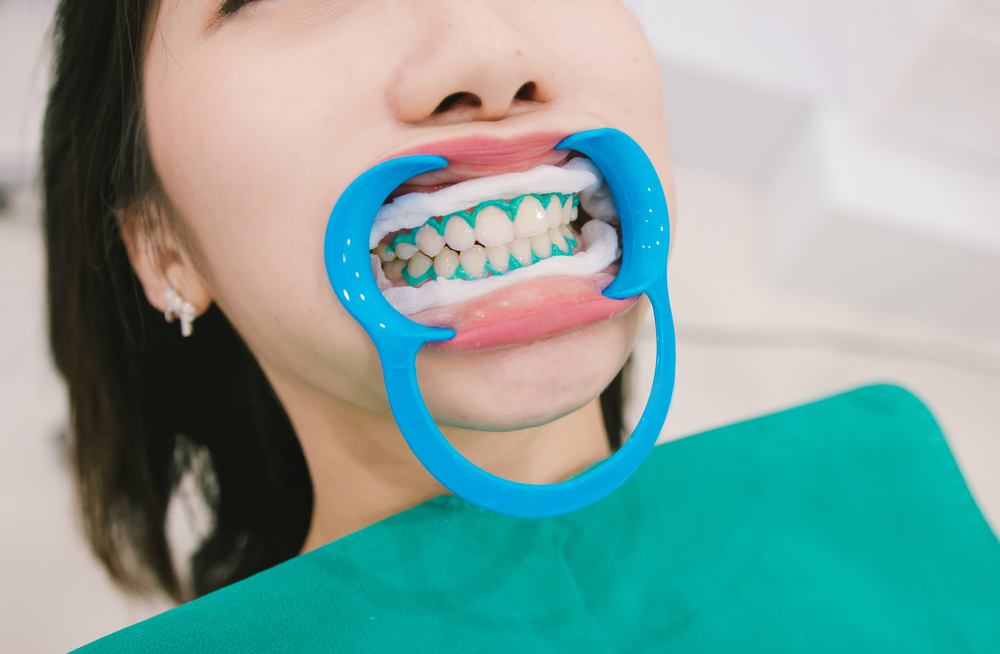 The General Dental Council has reported that the number of people practising teeth whitening treatments illegally is on the rise putting patients at risk of incredibly painful side effects.

One filmed report showed a hydrogen peroxide level as high as 25%, and other reports have suggested that a whitening gel with a 35% peroxide level are used in illegal boutiques.

Part of the reason this happens is that there is the false belief by beauty professionals that providing the materials for a patient to self-apply the whitening treatment does not constitute a dental treatment, although the GDC has expressly stated that this is in fact illegal, and only a dental professional and a patient with a dental prescription can in fact receive this treatment.

The reason for all this is that hydrogen peroxide, the active whitening ingredient in nearly every teeth whitening treatment, is corrosive and if misapplied can be incredibly painful and very dangerous. It can cause painful burning feeling akin to open wounds on your gums, increased sensitivity and rawness of the gums, damage to the throat and stomach and potentially can lead to death.

As a result, the GDC is cracking down on illegal procedures and suggests to check the experience and credentials of anyone who offers teeth whitening procedures on the GDC website.

This entry was posted on Monday, February 5th, 2018 at 12:30 pm and is filed under teeth whitening. Both comments and pings are currently closed.