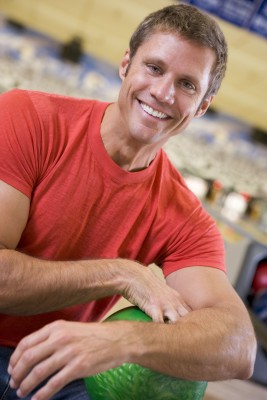 Experts speaking at the Oral Health and Performance in Sport conference, which was held in London, believe that good oral health improves sporting performance because oral health issues affect an athlete’s ability to train and perform at the highest level.

Dentists believe that good oral health could make the difference between losing and winning, as many sporting achievements boil down to extremely small margins.

Dentists and doctors working with the British boxing team are already working on measures to improve standards of oral health. Dr Mike Loosemore, from the English Institute of Sport, has been working alongside the GB boxing team for many years and has noticed the impact oral issues can have on training and performance. The team has now introduced regular dental checks and this has had a positive impact.

Research published in the British Journal of Sports Medicine showed that 20 per cent of athletes admitted that oral health issues had disturbed their training routine in the run-up to the London Olympic Games.

Speaking at the conference, dentists explained that swollen gums and tooth pain could interrupt training and have a negative impact on sleep. Studies have also shown that gum disease increases the risk of general health problems, including type 2 diabetes.

Dentists are not claiming that a good oral health routine will catapult a casual jogger to Olympic stardom, but there is evidence to suggest that elite athletes could benefit from better oral health. Director of the International Centre for Evidence-Based Oral Health based at University College London, Professor Ian Needleman, said that margins mean everything in elite sport and the research suggests that poor oral health has a significant impact on the sporting performance.

Professor Needleman revealed that research conducted at the London Games confirmed that many athletes, despite being in peak physical shape, suffered from poor oral health and several reported that oral health issues had an impact on their preparatory training.

This entry was posted on Monday, April 7th, 2014 at 8:50 am and is filed under Oral health. Both comments and pings are currently closed.