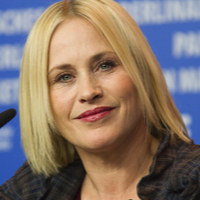 Hollywood actor, Patricia Arquette, has backed calls to prevent a bill that would remove access to dental care for millions of low income Californians from being passed.

The actress, who has most recently appeared in the TV series, Escape at Dannemora, has joined the fight against a new bill, which has been proposed by California State Assembly member, Evan Low. The new bill would prevent patients from accessing dental services, including orthodontics, without having an X-ray first.

Ms Arquette, an Oscar winner, stated that the move would isolate and put vulnerable people at risk, preventing them from accessing the treatment they need if they’re unable to have X-rays due to health concerns or being unable to get to dental practices easily. The actor believes that the bill would alienate pregnant women, those undergoing treatment for cancer and patients living in rural areas. Ms Arquette also expressed concerns about the risks associated with radiation exposure for those who have mild misalignment, and suggested that Mr Low’s bill had no firm foundations in research or clinical evidence.

The film star is known for supporting causes and questioning policies, and she has been outspoken on a number of issues, ranging from abortion and equal pay to sexual harassment. She said that she’s aware that being political isn’t always a good idea, but insisted that it was important to question policies that could have a negative impact and to speak up for what you believe in.

This entry was posted on Friday, September 6th, 2019 at 4:30 pm and is filed under General, US. Both comments and pings are currently closed.