Hartlepool man charged with burglary after breaking into dental practice 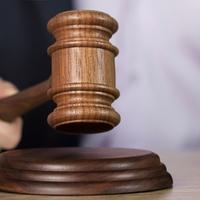 A man from Hartlepool has been charged with burglary after stealing from a town centre shop and breaking into a dental surgery through the roof.

Andrew Clark, 44, of Jameson Street, Hartlepool, was seen putting a tool into his bag and leaving a store in Hartlepool before proceeding to gain entry to Integrated Dental Holdings by climbing on the roof. Cleaners who were working at the facility heard a noise at around 6.30pm and were startled to find Mr Clark inside the building. It is thought that Clark had scaled the roof and accessed the clinic via a window.

At a hearing at Teesside Crown Court, Mr Clark admitted charges of theft and burglary. He had recently been released from prison, and has now been recalled to serve the remainder of the previous sentence. Defending, Gary Wood, suggested that Mr Clarke had been struggling to get by, as he didn’t have access to benefits and had been largely unsupported after his release. He was under the influence at the time of the incidents, and has a family to support.

Judge Peter Armstrong ordered Mr Clark to spend eight months in jail, and stated that he had a “substantial record,” which includes previous burglaries.

Thankfully for the dental practice in question, Mr Clark was stopped in his tracks before anything was taken from the premises.

This entry was posted on Thursday, August 15th, 2019 at 4:46 pm and is filed under General. Both comments and pings are currently closed.