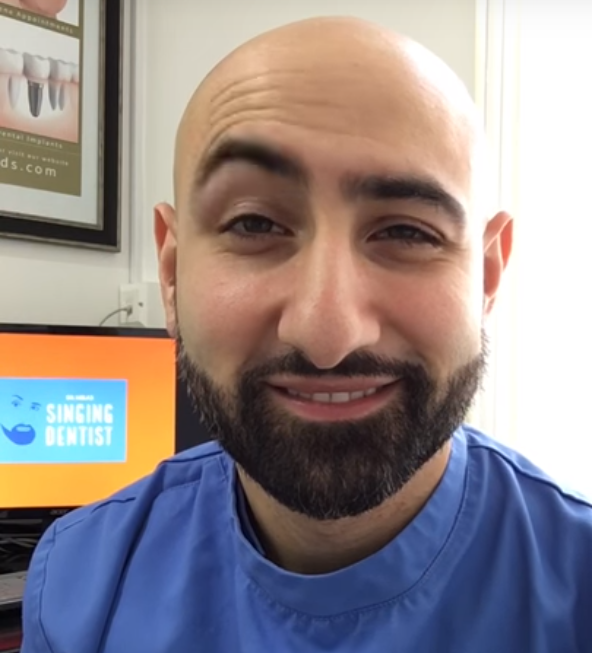 Internet sensation, the Singing Dentist, has topped a recent list of the most influential people in dentistry, beating England’s chief dental officer and even the Prime Minister.

Dr Milad Shadrooh, affectionately known as the Singing Dentist, shot to fame after videos he posted online captured the hearts and imaginations of the nation. Dr Shadrooh made up oral health related lyrics, pairing them with chart-topping songs like Ed Sheeran’s Shape of You to encourage people to take an interest in taking care of their teeth and gums. His videos, which were posted on YouTube, went viral thanks to sites like The Lad Bible.

The Hampshire dentist, who is based at Chequers Dental Surgery in Basingstoke, was named the most influential person in dentistry 2017 by dentistry.co.uk, leaving the health secretary and the prime minister in his wake.

Talking about his recent rise to fame, Milad described the past few months as “crazy” and said he was “gobsmacked” when he was told about the title. At first, he thought it was a joke and was shocked that he would even have been named in the top 50. To win it, especially ahead of some of the names on the list, was an incredible surprise.

Since his first video went viral, Milad has become a household name thanks to radio interviews and TV appearances. Just one of his videos, Shape of You, has been viewed more than 60 million times and he has appeared on shows like This Morning and Good Morning Britain.

Milad decided to put the videos out there as a bit of fun, but he hoped the message would hit home. The songs are designed to make people laugh, but they also have a very important message. Many people prioritise other aspects when it comes to health, but oral health issues can be very serious, and it’s often very easy to keep them at bay.

This entry was posted on Monday, June 5th, 2017 at 12:00 pm and is filed under celebrity dentistry. Both comments and pings are currently closed.