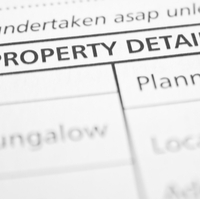 Residents in Grimsby are urging the local council to reject plans submitted by the owner of a dental practice in Hainton Avenue.

The practice owner has applied for permission to extend Grimsby Dental Studio, but the move has not been welcomed by neighbours. The proposal outlines plans to demolish a garage adjacent to the existing building and create a 2-storey extension at the side and rear of the premises. There are also plans to create a larger car park.

Currently, patients who are attending appointments at the surgery are required to park on the surrounding roads. If the plans are given the green light, they would use the alley behind the clinic to get to the car park.

So far, there have been over 30 objections, with residents raising concerns about the aesthetic and style of the new extension, the size of the extension and the alleyway access. One local resident said that they “strongly object” to the proposals because there is already a shortage of parking in the area and adding to the team and increasing patient numbers will only serve to make the existing issues worse. Others mentioned that the dental surgery already has a negative impact on the aesthetic of the road, due to the fact that it hasn’t been painted in the last 25 years. One patient did say that they supported the plans, as the practice is in desperate need of parking for clients.

The proposals will be discussed by the council’s planning committee in the coming days.

This entry was posted on Thursday, August 8th, 2019 at 10:53 am and is filed under New Dental Clinic. Both comments and pings are currently closed.