Grantham the worst area in England to get a dental appointment, BDA research suggests 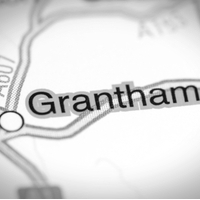 Research conducted by the British Dental Association has revealed that Grantham is the worst place in England to get a dental appointment.

Analysis of the most recent GP Survey showed that more than 250,000 patients in the Midlands have experienced difficulties getting an appointment with an NHS dentist. In South West Lincolnshire, an area that covers Grantham and Sleaford, 6,120 people admitted that they had been unable to get an appointment. This equates to more than 62% of new patients.

Nationally, it is estimated that 46% of people find it difficult to see a dentist. This means that more than a million people in England and Wales are struggling to access routine dental services.

Eddie Crouch, vice chair of the BDA, said that the system was “on the brink” and added that patients are slipping through the cracks, especially in parts of the Midlands, such as Lincolnshire, where it’s incredibly difficult to get an appointment. The BDA has recently expressed disappointment following the emission of dental care in the government’s new 10-year plan for the NHS. The BDA was hoping that dentistry would feature prominently in the preventative programme, but it barely makes an appearance.

Studies show that patients across the country are finding it increasingly difficult to register with an NHS practice, with some facing lengthy waits or travel times of over an hour.

This entry was posted on Tuesday, February 12th, 2019 at 5:00 pm and is filed under General. Both comments and pings are currently closed.